What Are The Symptoms of Antifreeze Poisoning in Humans? | Brandon Novak
0

What are the symptoms of antifreeze poisoning in humans? Why would someone drink this in the first place? Click here for some answers. 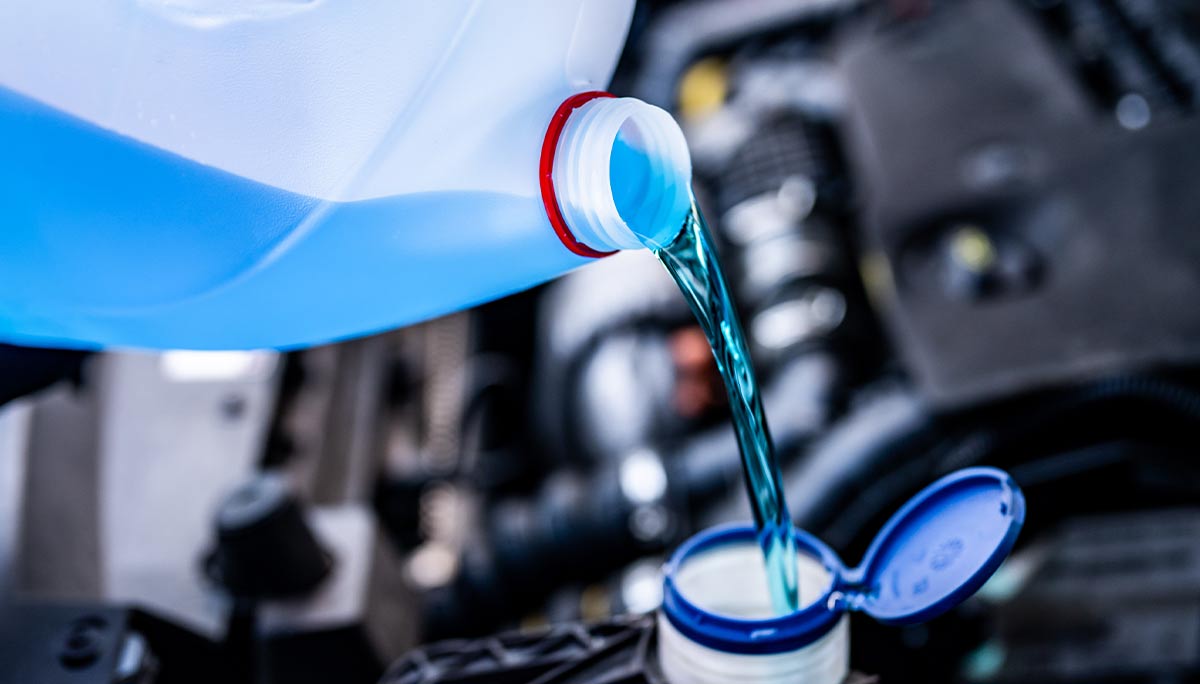 What Are the Symptoms of Antifreeze Poisoning in Humans?

Antifreeze is an essential engine coolant that helps to regulate temperatures in your car, preventing the radiator from overheating or freezing. In hot weather, antifreeze keeps the water in your engine and radiator from boiling over and is effective with liquids that reach temperatures up to 275 degrees. In cold temperatures, antifreeze prevents this same water from freezing even in temperatures as low as 30 degrees below zero. It’s important to practice caution when using antifreeze because it can lead to poisoning if ingested. Today we’re sharing what happens when you drink antifreeze and why someone would drink it in the first place.

What Is Antifreeze Poisoning?

You may be wondering, “Do people drink antifreeze?” It can be hard to imagine that someone would want to drink something that’s used to protect car engines and radiators, but it does happen.

The use of antifreeze is common among people with drinking problems or alcohol use disorders, mainly due to its sweet taste and depressant effects on the body. Antifreeze contains poisonous ingredients like ethylene glycol, methanol, and propylene glycol, which are also found in various household and industrial products.

These products also include brake fluids, some paints, and even airplane deicing fluid. Methanol is also commonly sold as a windshield washer fluid and can be found in paint strippers, carburetor cleaners, photocopying fluids (ink), and as an alcohol denaturant in some cooking fuels like Sterno.

Both ethylene glycol and methanol are extremely toxic agents, and ingestion of antifreeze should always be considered a medical emergency. Even if someone drinks as little as 0.1 mL of 100% methanol, they may experience severe symptoms of poisoning.

Antifreeze poisoning can occur if someone drinks 1 mL of methanol and 1.5 mL of ethylene glycol. Interestingly enough, these agents aren’t toxic before being metabolized in the body.

When someone drinks antifreeze, both agents are converted to toxic metabolites: ethylene glycol to glycolic acid and oxalate, and methanol to formic acid. These metabolites are what lead to antifreeze poisoning symptoms.

Antifreeze can happen gradually over several hours, so the signs of antifreeze poisoning in humans may not kick in until several hours after it was first ingested. As the body absorbs antifreeze ingredients and metabolizes them into toxic chemicals like glycolaldehyde, glycolic acid, glyoxylic acid, formaldehyde, and even acetone, symptoms may kick in.

It takes several hours for antifreeze to kick in after it’s been ingested. While the antifreeze poisoning timeline may begin as early as 30 minutes after consumption, it can take up to 12 hours for symptoms to occur. In the meantime, the individual may feel fine or brush off the incident.

While early symptoms of antifreeze poisoning in humans may feel similar to alcohol intoxication, they eventually progress to more severe side effects like:

As the body continues to break down antifreeze over the next several hours, its ingredients can begin to interfere with kidney, lung, brain, and nervous system function. Organ damage may result within 24 to 72 hours after antifreeze ingestion.

Keep in mind that people with alcohol use disorders are more likely to drink antifreeze because it produces similar effects as alcohol. One review of 18 patients who were admitted to the hospital for antifreeze poisoning between 2011 and 2012 showed that 10 of the 18 voluntarily consumed antifreeze, and 6 of the 18 had a history of alcoholism.1

Moreover, an “antifreeze overdose” or death by antifreeze poisoning can also occur if someone ingests more than a few mL. In the same review, 5 of the 18 patients died from their symptoms. The mortality rate of antifreeze poisoning ranges between 1% and 22%, depending on whether the person drank alcohol and how much of it they drank.1

The key to curing antifreeze poisoning is calling 9-1-1 or getting medical assistance as soon as possible. The quicker the person gets help, the more likely they are to survive and fully recover from their symptoms.

Considering how similar antifreeze and alcohol side effects are, many people with drinking problems may turn to antifreeze out of curiosity and a desire to experience a stronger “buzz.” If you notice that your loved one is struggling with their drinking, get them help before they turn to more drastic measures to get their fix.

Brandon Novak is a certified intervention specialist (CIP) who helps people find addiction treatment for their loved ones. If you have someone in your family who is battling drug and alcohol abuse and may not realize their problem or does want to go to rehab, Brandon can help you set up a drug or alcohol abuse intervention where they can learn more about their condition and how it's affecting their friends and family.

As a celebrity interventionist who struggled with heroin addiction himself, Brandon Novak has the compassion, patience, and understanding to help people find treatment for their loved ones. For more information about his drug intervention services, call Brandon Novak today at (610) 947-5587.

Related Reading:
How Much Alcohol Causes Cirrhosis?
How to Stage an Intervention
"